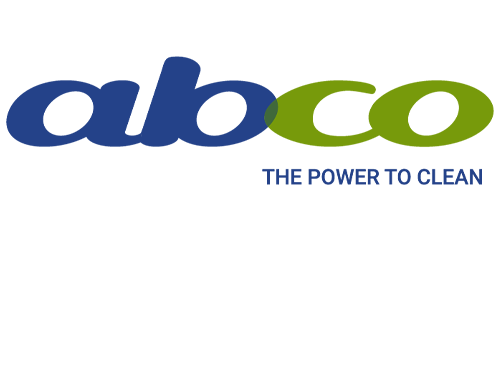 Call us now!
You are here: Home / News & Updates / Alphaclean / A Comprehensive Guide to Viral Gastroenteritis within Aged Care Facilities 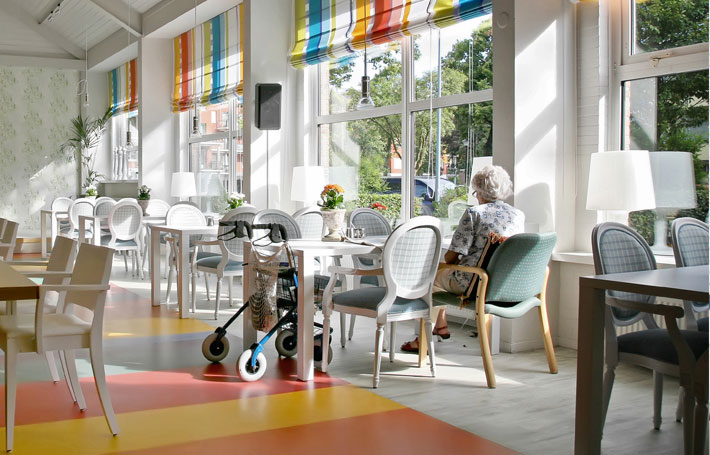 A Comprehensive Guide to Viral Gastroenteritis within Aged Care Facilities

It is well known how crucial it is in Aged Care Facilities to maintain the highest standard of cleaning to safeguard residents against any outbreak of Gastroenteritis or disease.

Viral Gastroenteritis is usually caused by norovirus. Norovirus is the leading cause of outbreaks of viral gastroenteritis, not just in Australia, but worldwide, it is estimated to cause 684 million infections per year. It is associated with more than 220,000 deaths worldwide per year in immunocompromised or malnourished people.

Prevention is the best defence against this virus, as there is no vaccine or treatment for norovirus and new contagious strains are developing almost every year.

There is a lot of information provided by government departments in how to deal with the outbreak, Alphaclean has assembled this guide for your facility and staff to be prepared and plan ahead in terms of commercial cleaning equipment. In any outbreak, we highly recommend that other resources and government based documents are utilised as this is only a guide.

When an breakout happens, facilities like yours are often too busy to purchase the right cleaning equipment in this stressful situation. Therefore, our advice to any facility is to plan and purchase cleaning equipment that fits specific industry accidents and common illness profiles. In this example, viral gastroenteritis is a common problem in schools, kindergartens, and aged care facilities. When knowing what the cleaning requirements are including the critical environments, facility manager, owners and staff can prepare effectively to ensure they have on hand multi-tasking cleaning equipment.

Gastroenteritis means inflammation of the stomach and small and large intestines. It is an infection triggered by a variety of viruses that results in vomiting or diarrhoea.

There are several types of gastroenteritis:

In this guide, we talk specifically about viral gastroenteritis and focus on action plans and instructions that facility managers should be aware of.

Even though it is often called the “stomach flu,” it’s primary cause is not influenza viruses. Viral gastroenteritis is also not caused by bacteria (such as Salmonella or Escherichia coli) or parasites (such as Giardia). 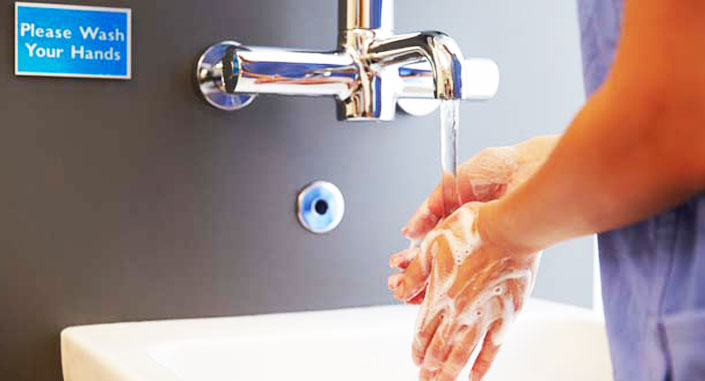 What are symptoms of viral gastroenteritis?

The main symptoms are watery diarrhoea and vomiting. The infected person may also have a headache, fever, and abdominal spasms. The signs begin 1 to 2 days following infection that causes gastroenteritis and may last for up to 10 days, depending on which virus causes the illness. Elderly are mostly at risk for dehydration from loss of fluids.

When must an outbreak of this disease be reported?

Based on government regulations, staff should report the occurrence of two or more people becoming ill with gastroenteritis symptoms.

The Gastro-Info Kit that can be found in the Department of Health Ageing and Aged care section is not a set of guidelines to manage an outbreak of gastroenteritis – it is a resource kit to assist residential aged care facilities in the event of a gastroenteritis outbreak.

It affects aged care facilities, residents, and staff. The elderly and immunocompromised are particularly vulnerable to the infection.

How to manage the outbreak

If an outbreak occurs in the facilities, management should inform staff, residents and visitors, restrict staff & resident movement/contact, ensure safe food handling and proper documentation of the outbreak. Management should be coordinated based on the resource kit supplied by government agencies.

What are additional infection control measures that can help 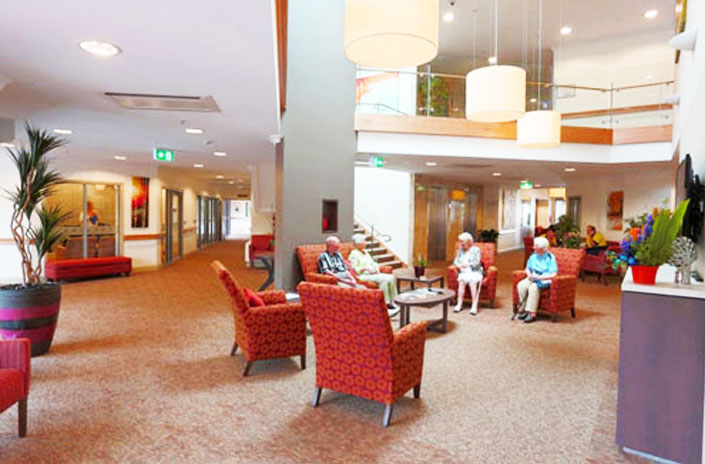 Cleaning with a bleach based chemical is the best option to fight the virus. Why bleach? Norovirus is very contagious therefore the cleaning of contaminated surfaces is critical, where many disinfectants won’t kill it.

Experts recommend a solution that contains anywhere from 5 to 25 tablespoons of household bleach per gallon of water however this is only a guide and it’s best that you consult with your cleaning chemical supplier in order to utilise the best option. More absorbent surfaces might need a higher concentration.

Make sure that all staff clean according to the correct OH&S procedures which includes using either rubber, disposable latex or vinyl gloves. Your supplier of chemical can also provide the correct procedures when using the recommended chemical.

On hard surfaces, the virus can thrive for up to 12 hours and on carpet for an astonishing 12 days. Therefore, to remove the virus from the flooring, the most effective way is required.

Steam cleaning serves as an excellent commercial cleaning option for carpets when an outbreak has already occurred.

If you are seeking additional information on cleaning areas of outbreak, please ask for help from professional commercial equipment distributors such as Alphaclean. Professionals will kindly advise you as to the best option of cleaning equipment when managing many health risks and environmental hazards. With steam cleaning, it’s not only easy to control viruses, insects and allergens but it also contributes to green environmentally friendly cleaning.

When viral Gastroenteritis hits facilities, no items can be ignored when it comes to cleaning, especially items that are touched often. The general rule is to clean every item that would be generally touched.

That includes the toilet, doorknobs, switches, telephones, remote controls and all counters. They all should be cleaned with a suitable product that contains bleach.  For the best results, let the cleaning product sit on the surface for about 10 minutes before wiping it clean with paper towels. Staff may need to steam clean upholstered furniture too.

Several rules that must be applied in order to ensure the killing of virus in these facilities including the kitchen:

smh.com.au – Be bold on good food for the elderly

How does food get contaminated by gastroenteritis viruses?

Food may be contaminated by food preparers or supervisors who already have viral gastroenteritis (they might not show symptoms), especially if they do not wash their hands regularly after using the bathroom.

Less common – but foods can also be contaminated at their source. For example:

The food industry should be extremely careful and monitor staff during seasonal outbreaks. If a staff member either works with food, prepares it or handles it during transportation when they have norovirus illness, they can easily spread the virus to clients.

How to clean virus in the laundry? 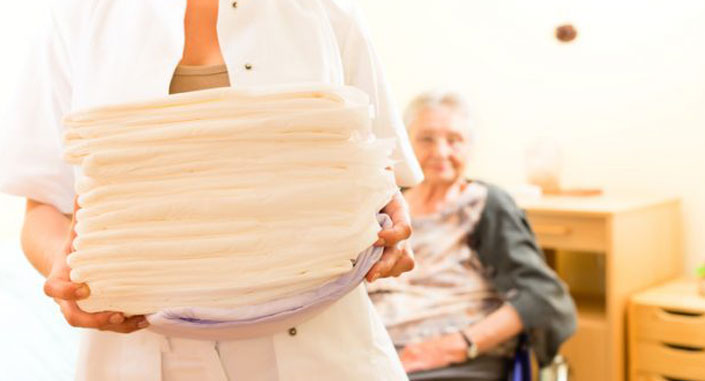 Laundry easily becomes an additional hazard which makes the virus spread across many residential facilities.

Hot water is the only option which is successful in eradicating the virus from laundry. Norovirus is the most successfully killed by heat and chemicals containing chlorine bleach, particularly sodium hypochlorite. Along with laundry detergent, it is recommended to exploit chlorine-based-bleach.

As most of the attention is usually focussed on the laundry cleaning itself, sometimes surfaces and items that it has touched before entering the washing machine are ignored.

Any surfaces that soiled linen has touched should be cleaned immediately by using a bleach-based cleaner. This means disinfecting all areas that impacted the laundry: laundry baskets, laundry room floor, folding surfaces, tops of washer and dryer equipment, door furniture and light switches.

So what are the most important cleaning items to have to prevent the spread of gastroenteritis viruses?

Viral Gastroenteritis outbreak within Aged Care Facilities is an exceptionally stressful situation, which requires immediate action and therefore, pre-planned strategic resources ready to be used. When creating a cleaning and maintenance plan, facility managers are advised to invest in equipment that can be easily handled by staff during virus outbreaks. All institutions and facilities should be made aware that viruses are still developing and in 2016 alone, UNSW scientists identified three new strains of highly contagious norovirus responsible for a major epidemic of viral gastroenteritis.